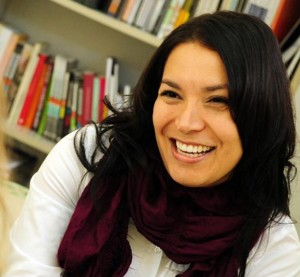 Her research focuses on how games can transforming the way we learn, and how they can be used to increase our creativity. She is working in national and international research projects.

She was professor at Centre of Art, Architecture and Design at University of Guadalajara (Mexico), and at The School of Industrial Engineering of Barcelona – ETSEIB at Polytechnic University of Catalonia (Spain).

Ruth was the coordinator of Interactions Research Group at the UVic-UCC until february 2014 and was coordinator in the master degree Interactive Communication until september 2012.

She has developed events and workshops, for example:

–International workshop on higher education, on 2011, 2012, 2013, 2014 and 2016. University of Vic. A meeting point where researchers, PhD students and institutions can take part in discussions in various fields.

She is co-editor with Jose Luis Eguia of “Gamificación en aulas universitarias“, a book dedicated to applied gamification in the area of higher education (Incom-UAB Press, 2016) and “Repensemos el juego” (Incom-UAB Press, 2015). She is also the co-author with Lynn Alves and others  of the book “Jogos digitais e aprendizagem” (Papirus Press, 2016).

She currently serves on the editorial board of Obra Digital publication edited by University of Vic and University of Azuay. Reviewer for Atlantic Journal of Communication, The International HETL Review, Life Play, ICONO14 or Entertainment Computing.

Co-author of the blog www.juegosyaprendizaje.com (since 2011) and author of  Power-ups: un blog sobre juegos y aprendizaje in SciLogs, the Spanish network for researchers and scientists.  SciLogs is part of the magazine Investigación y Ciencia (Scientific American, Spanish version).

She now lives in Barcelona. 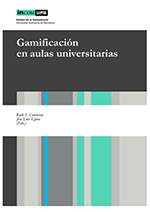 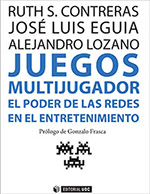